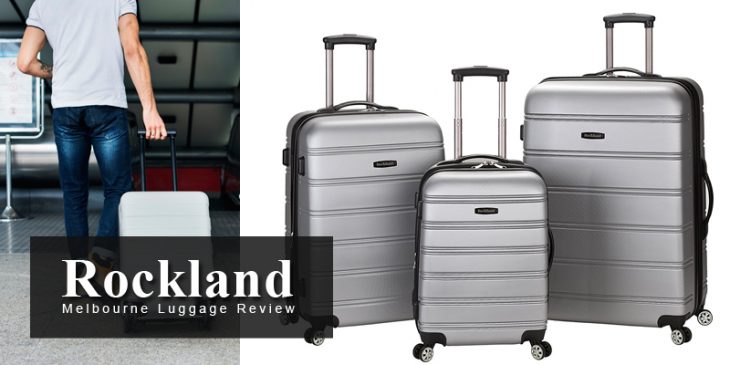 Have you ever had your luggage stolen or lost before? Well, my 67-year-old Mother has. My mom took a two-week vacation to Hawaii and when she returned home, her luggage didn’t come with her. It was misplaced. Weeks later the airlines found her lost bag, but when it was delivered to her, the suitcase looked like it had gone through a wood chipper. Most of her belongings were fine, a few things broke, but one thing was for sure, she was going to need new luggage

My mother is a sweet old lady that doesn’t like to spend much on things. Most of the prices of the luggage sets she looked at seemed too expensive for her, despite being a regular traveler now retired. I helped her look for a quality luggage set and what we decided on was the Rockland Melbourne Luggage 3 Piece Set.

After much research on what is the best luggage set for traveling, we liked the features and price point for this Luggage 3 piece set. It was this combination of value and features that made her choose the Rockland Melbourne Luggage set. Since then, it’s made its way through several airports and she is happy with my selection.

Here’s a closer look at the Rockland Melbourne Luggage set and why it’s a great option for travelers. 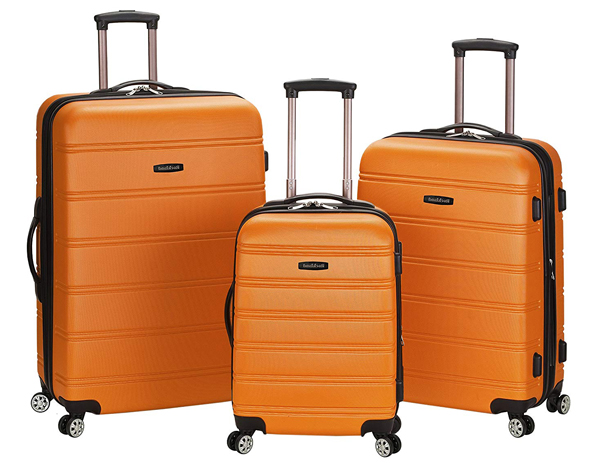 Initially, a luggage set wasn’t something she considered when we first started looking, but I convinced her on buying the three-piece as it gave options for each trip she would take.

The three bags are 28” (71cm), 24” (61cm) and 20” (51cm) tall respectively, with two larger bags suitable for checked baggage and one cabin bag. As an individual traveler, I appreciate having the choice between the two sizes depending on the length of my trip, and using the three also works very well for holidays with my husband as well. In fact, we’ve found that for shorter trips, just one bag can fit both of our belongings. 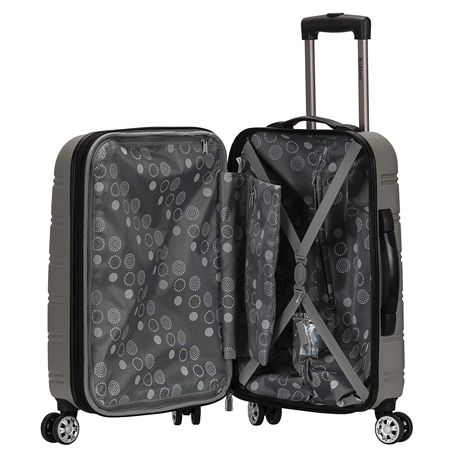 One of the main things that drew me to this luggage set was the variety of colors it comes in. While there are classic colors like black and navy, it also comes in an exciting range including greens, blues, reds, and oranges. I chose a rich purple, and it’s great to be able to pick your bag on the carousel within seconds. No more “is it or isn’t it?” as my black nylon softshell comes around!

I was also pleasantly surprised by the weight of these suitcases, as this had been one of my concerns about a hard-shell case. The largest bag weighs only 10lb (4.5kg), which although not the lightest bag out there, is very good and leaves plenty of room for your clothing and belongings. 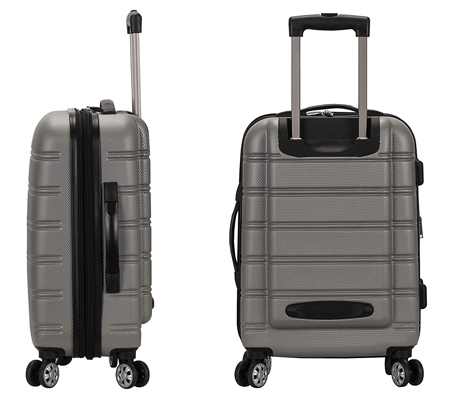 My other main concern was that a hard-shell case might not have as much room for storage, however, I was really pleased with the amount in these suitcases and the interior meshing also helps to condense everything inside. The bags also expand in case I need some extra room.

Another great feature of these bags is the four multi-directional spinners – one on each corner. My previous bag only had two spinners, which were not multidirectional. I didn’t realize how restrictive this was until I tried the Rockland Melbourne set. It makes navigating through the airport so much easier, as you can change direction quickly. It’s perfect for my mother.

Best of all, the four allows you to roll the suitcase without holding its weight, which is better for your back. I also appreciate the convenience of having a bag that can stand on its own, rather than trying to keep from tipping over while you wait in a long line or for your gate to open.

A final “plus” about the bags is the ABS exterior. I’m a lot more confident about the safety of my belongings in these bags than I was in my soft-shell bag. Plus, I really do love the bright and playful colors this bag comes in – they just shout “vacation!”

Final Thoughts: There are some concerns

The Rockland Melbourne set is a decent travel luggage set that will certainly make a difference when traveling. That being said, the price point matches the four stars on Amazon. There have been some people that have had issues with this suitcase set, so if you do a lot of traveling, you might want to research this first or invest in something else. I know negative reviews can worry people, but we the luggage arrived, we were impressed.

Liane Corbin describes herself as a traveler that takes pictures for her, not for Instagram. She likes meeting new people and trying new foods all over the world. Liane and her new husband randomly pick spots to see. In her downtime, she has recently taken up blogging for Slick Panda.